Our collections include objects that relate to the history of the buildings and their occupants, and the history of Simsbury, Hartford County, and the State of Connecticut – agricultural, political, industrial, social and domestic. Learn more about collection areas and individual artifacts by selecting one of the menu items below or scrolling down.  More information and pictures will become available as we implement a new collections database and complete the cataloguing for each artifact. 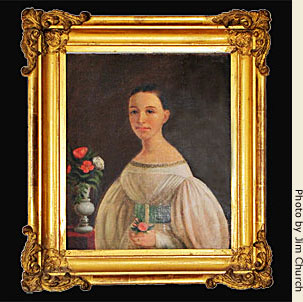 The painting and drawing collection includes landscapes, seascapes, street scenes, and portraits in a variety of media.  Of particular note are the oil portraits of Fanny Rosanna Phelps Pettibone and her daughter, Charlotte Henrietta Pettibone, and a seascape by noted artist Frederick Stiles Jewett, who was the son of Charlotte Melissa Phelps Jewett. 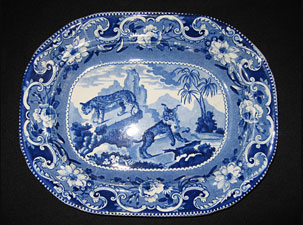 The furniture and decorative arts collection is particularly strong in 19th century vernacular furniture and household items, especially pieces that have been used by Phelps and collateral family members such as the Zoological Series dinner set acquired by Fanny Rosanna Phelps Pettibone around the time of her marriage in 1823.  Of special note is the Higley highboy, possibly the only known surviving dowry item purchased by John Owen for his daughter, Esther, when she married Brewster Higley III in 1757.   Later remade into a “lowboy,” this piece was undoubtedly constructed by Windsor cabinet-maker William Manley. 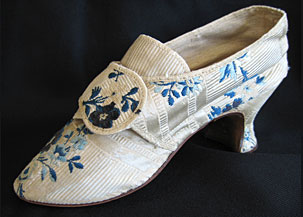 The furniture and decorative arts collection includes clothing, outerwear and accessories for men, women, children and infants, “best” coverlets and quilts, and an impressive collection of everyday household linens.  Many of the linens are marked and dated, and were donated by descendents of the user.  Personal items such as the engraved rose gold key fob presented to Noah A. Phelps in 1783 when he graduated from Yale college and late 18th century silk-embroidered shoes are currently on display in Phelps Tavern exhibits.  Also on view is the mid-century “delectable mountain” variation signature quilt that includes the names of local family members such as Ensign and Humphrey as well as the signature of Jeffery O. Phelps, Jr., himself. 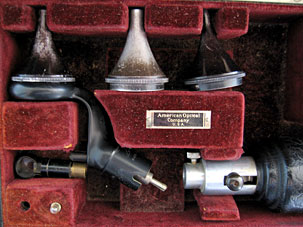 The agriculture collection includes farm equipment and tools specific to dairy farming, and field crop implements specific to hay, rye and corn.  Among their many interests, Phelps family members were active dairy farmers well into the twentieth century; 100 tons of hay and two tons of rye were among the property lost in the great barn blaze of 1896.   The business collection represents the wide variety of interests that created and maintained Simsbury, including implements and artifacts used on canal boats, by physicians, and in law offices. 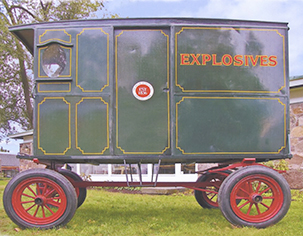 The vehicle collection represents popular forms of horse-drawn transportation dating from the late 19th century to the early 20th century.  The majority of the vehicles were acquired by donation in 1970; most retain their original paint and upholstery.  Specific examples include the Three-Spring Wagon, which was available through the Sears, Roebuck and Co. catalog, the Park Phaeton, constructed by Henry Hooker of New Haven, CT, and the sleek Albany Cutter, built for brisk rides across snow and ice behind fast-paced trotters.

Currently in protective storage in our Carriage House, the Ensign-Bickford Explosives Wagon (shown at left) may be viewed by special appointment. This high-bodied bright green and yellow vehicle was used well into the 20th century to safely carry manufactured fuses from the factory to the rail road for transportation.  The Historical Society is actively seeking information about our Fuse Wagon and invites anyone who has pictures of or stories about the wagon to contact us. 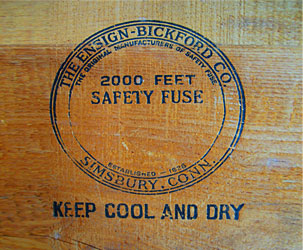 Established in 1836, the Ensign-Bickford Company is responsible for the early manufacture and widespread use of the safety fuse in America.  The company produced improved fuse and blasting products used domestically and abroad, especially in the European theaters of World War I and World War II, and had a huge impact on Simsbury itself – the company built housing for its management and workers, and established key municipal services for the town.   The artifact collection includes manufacturing equipment such as coilers, powder cans, and spinning machines, and administrative artifacts such as the company safe, desk, and wall clock.  The extensive archive collection includes ledgers, drawings, journals and cash books.